Our neighbor Lucille Marfing has passed away. She was 89.

Unfortunately, I was only informed yesterday and the services were over.  There will be a full obituary in this week's Press, I will publish it here for those who do not subscribe.

Our deepest sympathy to her family.


Lucille Marfing of Southampton died on August 14, 2015 at Southampton Hospital at the age of 89. She was born in Flushing, NY on June 25, 1926, the daughter of Edward and Louise Moore.
She attended Bayside High School and graduated from Flushing Hospital Medical Center in 1945 as a Registered Nurse.
She is survived by her daughter, Colleen D'Italia and husband Anthony, her daughter, Kathleen Lanahan and husband Peter Lang, two sons, Patrick Lanahan and John Marfing; her sister Colleen Frankenbach; 7 grandchildren, 7 great grandchildren and 2 nieces and a nephew. She was predeceased by a son Edward Lanahan.
Lucille moved to Southampton in 1954 and worked at Southampton Hospital as the Head Nurse in the maternity dept. for 38 years.
Through her work she touched many lives both professionally and personally. She's remembered for the care and comfort she provided to many local families while they were experiencing one of life's greatest joys.
After retiring in 1993 she spent every day at Coopers Beach with her many friends always sitting to the left of the lifeguard stand.
Lou will be remembered for her wonderful sense of humor and love of life.
Her family and friends were a great support to her in her final years, just as she had been to them.
We will all remember her with a smile.
The family received friends on Monday at the Brockett Funeral Home in Southampton where a Funeral Service was conducted on Tuesday morning by Rev. Stephen McWhorter. The interment followed at Southampton cemetery.
Memorial donations may be made to the Long Island Alzheimer's Foundation, 5 Channel Drive, Port Washington, NY 11050.

Brought to you by: Brockett Funeral Home 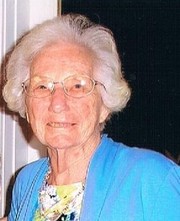 Posted by Kathleen at 9:20 AM No comments:

It has been brought to my attention that some local youths are causing a disturbance at night after dark.    At various times over the last few weeks, kids have apparently been hiding in the bushes at the intersection of Scotts Landing Rd. and Wooleys Dr. heading toward the beach. The incident occurs when cars stop at the noted intersection. These kids are apparently hiding in trees/bushes. When the car stops, said kids jump out and bang the back of the car.  Most drivers believe they have hit something or that something has hit their car and get out to investigate.

If you encounter this type of occurrence, any means to identify these youths will be helpful and PLEASE report this to the Southampton Town police so a record is kept of these occurrences.

Please bring any type of this actvity to the attention of the Board, because if they are local Colony Club kids the parents will be notified and appropriate action taken.

This type of activity is unsafe to the kids, the drivers, passengers and all our members and guests.