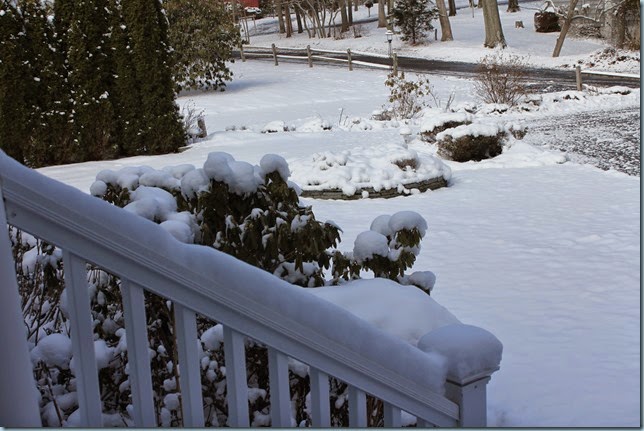 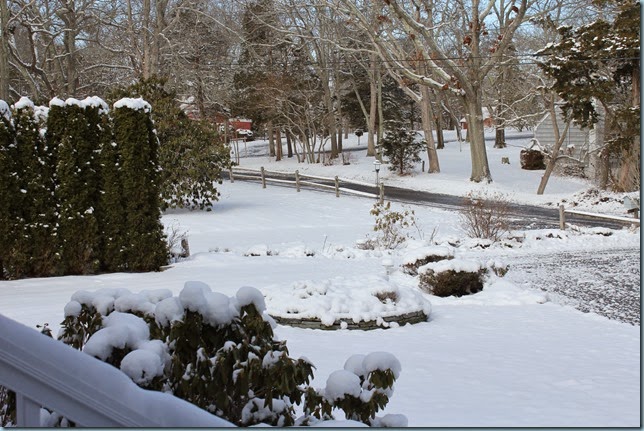 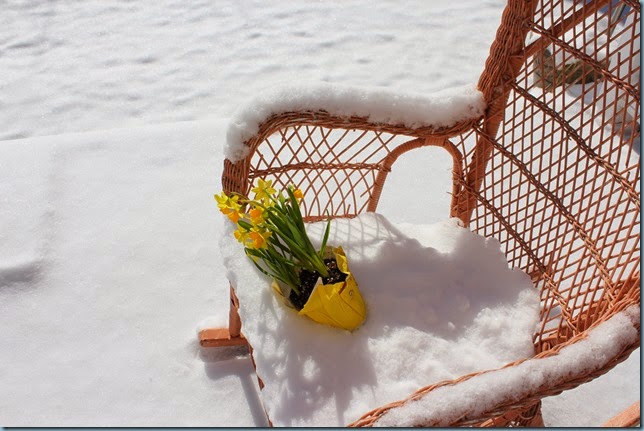 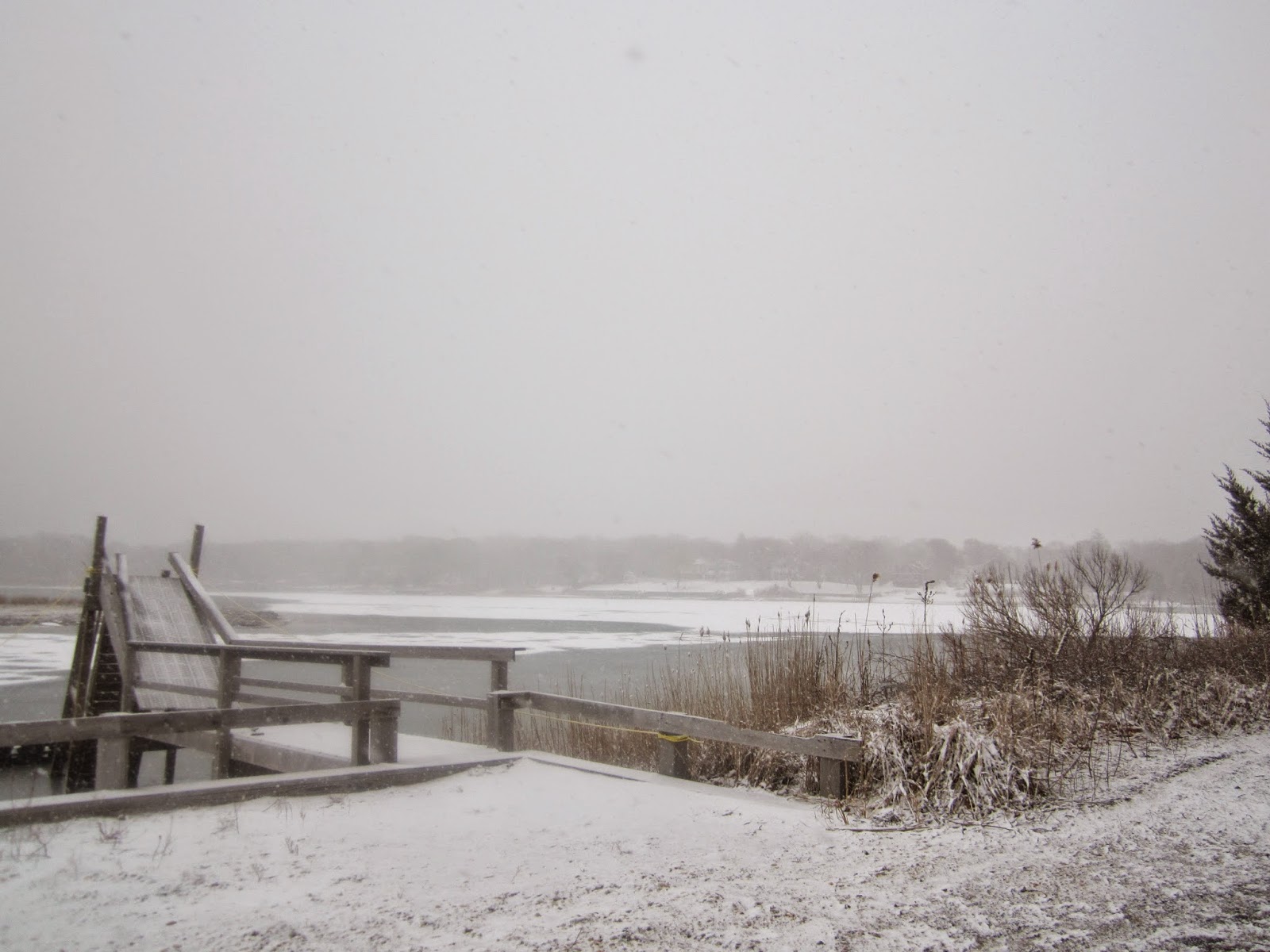 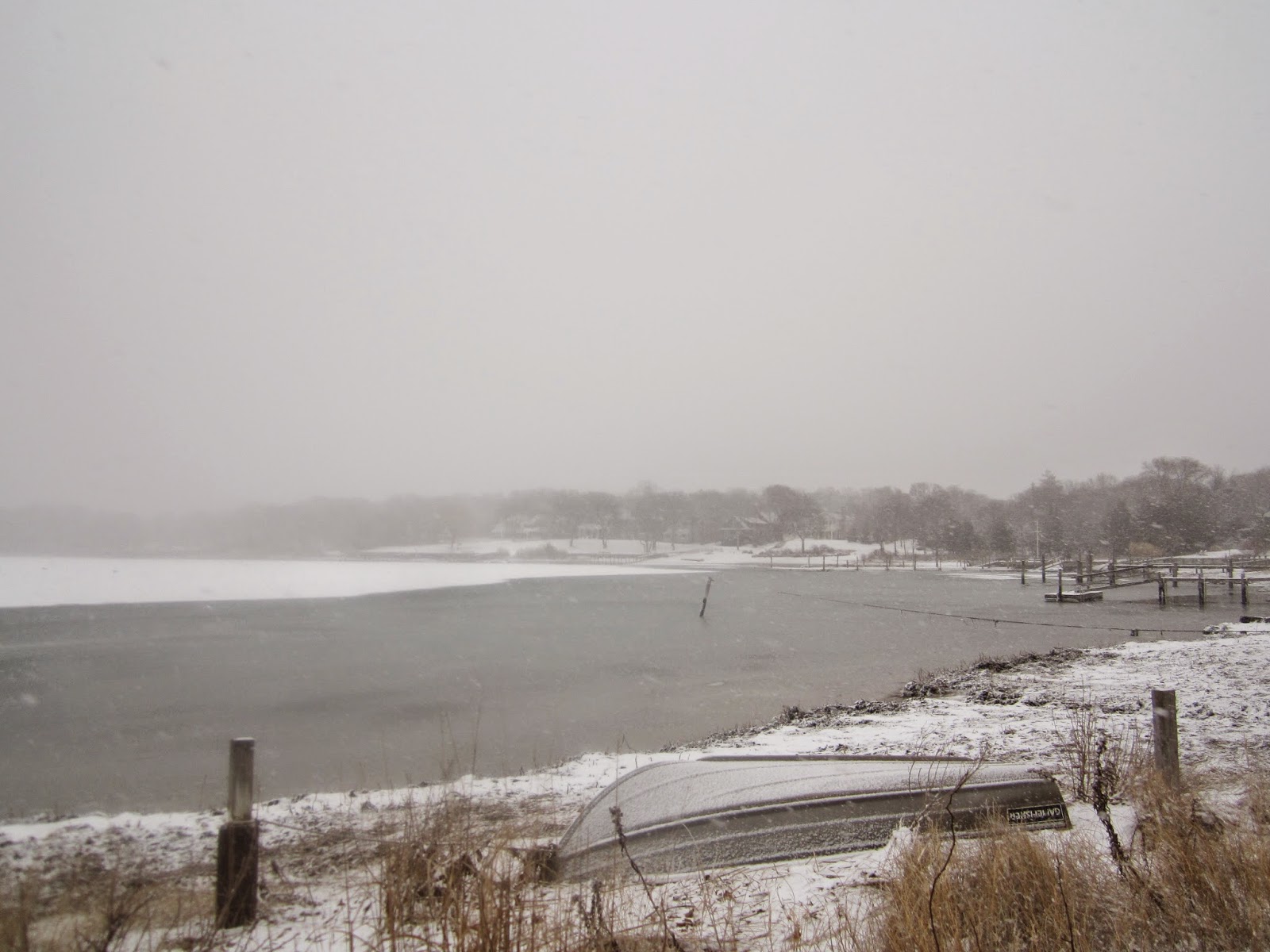 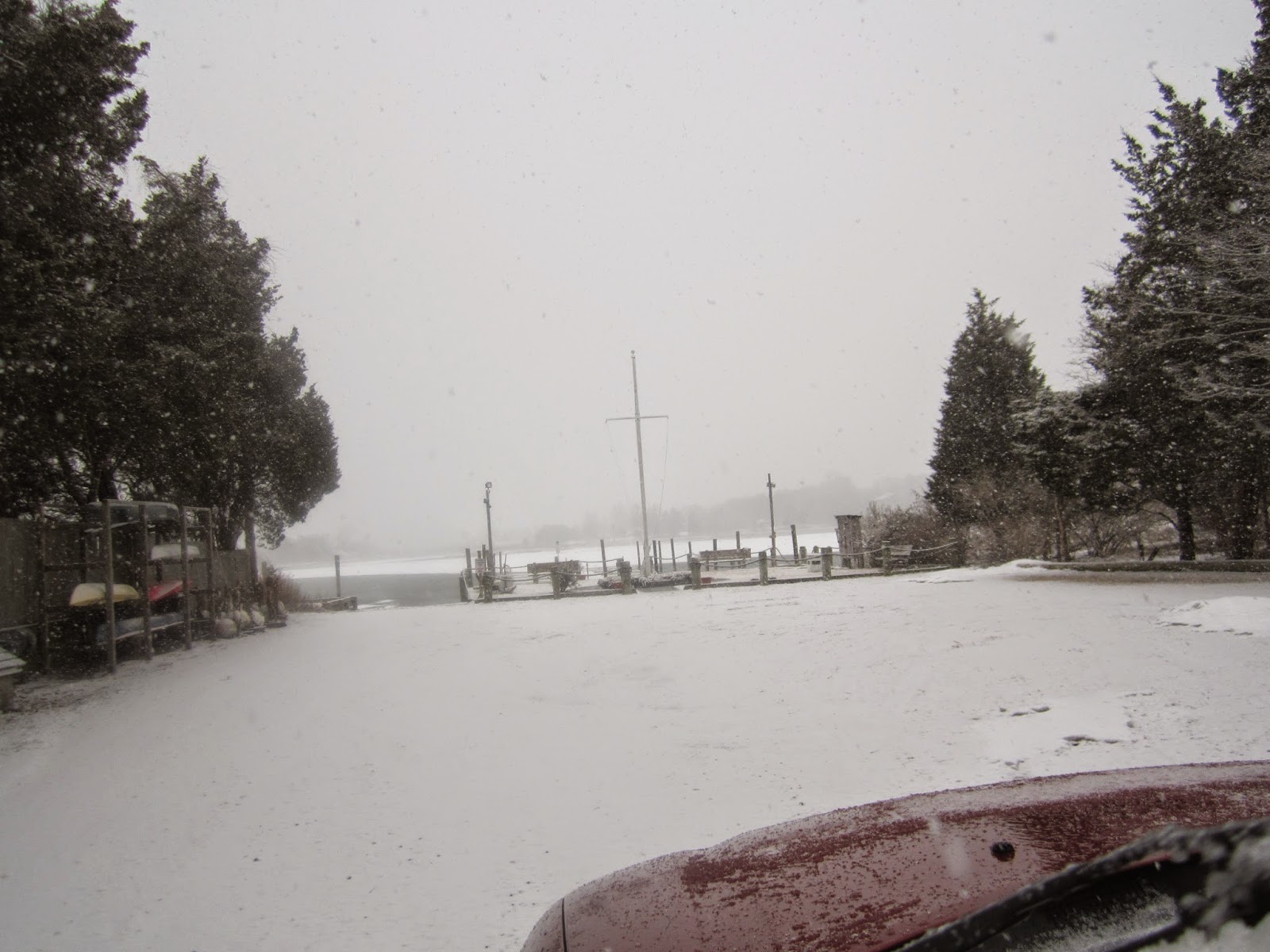 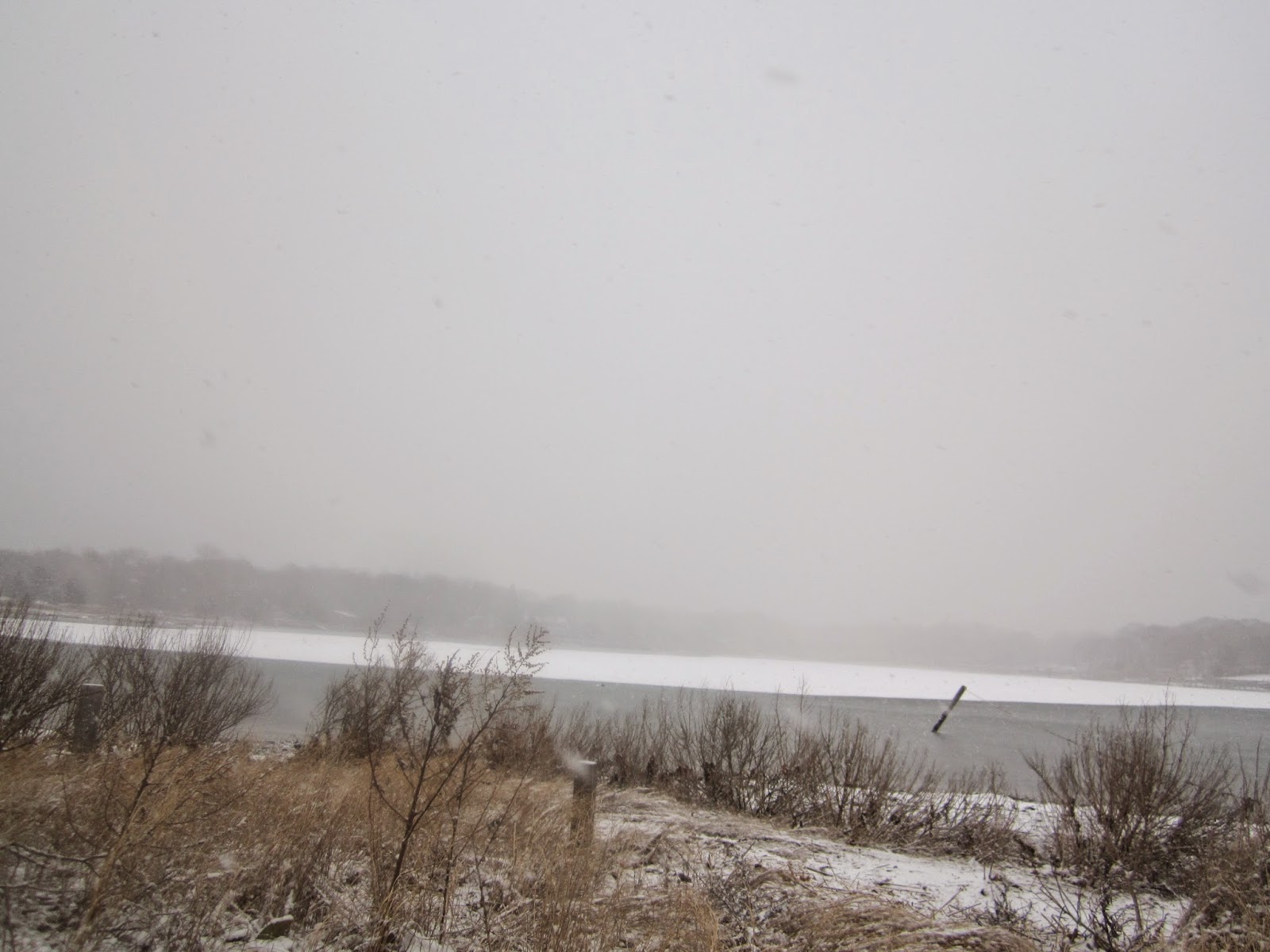 These were taken yesterday afternoon while it was snowing.  It snowed all night until around noon today.

By nature and by profession,Edward T. Pierce brought smiles to thousands of people in the Manhasset area. The retired orthodontist,who practiced for 45years in that North Shore community, died March 5 of natural causes at age 89.In the early 1950s, Pierce began his dental career affixing braces to the teeth of children with protruding, crooked and gap-tooth smiles until happy with their appearance.Pierce treated“several thousand” young patients
over the years, remembered
his son Jeffrey, also a
Manhasset orthodontist
who, for a time, worked with
his father.
“He treated children and
when they grew up, he treated
their children,” Jeffrey recalled.
“He was always
happy and put the kids at
ease.”
As a young man, Pierce
served in World War II as an
ensign in the U.S. Navy, first
aboard a destroyer in the
North Atlantic in 1944, before
heading to the Pacific, where
he witnessed the Japanese surrender
the following year.
“We were part of the force
that was going to attack
Japan,” Pierce recounted to a
local newspaper in 2011.
Returning home after the
war, Pierce graduated from
Fordham University and received
his dental training at
Tufts University in Massachusetts,
where at a dance
he met his future wife, Janice,
who survives him. The
couple married in 1951 and
raised seven children on
Long Island — all of whom
wore braces at some time
growing up.
Professionally, Pierce
served as the president of
the New York State Society
of Orthodontists and, in his
personal life, he acted as
commodore at the Port
Washington Yacht Club,
overseeing activities for two
years. “He learned how to be a
leader in the military and he
was a leader for the rest of his
life,” recalled his daughter Cynthia
McGuinness of New City,
in Rockland County.
He was also a member of the
Knights of Columbus, the American
Legion, Kiwanis International
and a past commander of
the power squadron in Manhasset
Bay.
While he enjoyed fishing and
trapshooting, Pierce also relaxed
by sailing near a family
beach house in Southampton
and taking his family aboard his
38-foot powerboat. “We went
to Cape Cod, up the Hudson
River to Canada and to the Bahamas
— we traveled a lot in
that boat,” recalled Jeffrey.
After retiring in 1997, he kept
residences in Southampton and
Jensen Beach, Florida, before
moving recently to Great Neck,
where he died.
Other survivors are sons
Roger of Charlotte, North Carolina,
and Stevan of Coram; daughters
Daphne Cannata, ofWesterly,
Rhode Island, Holly Browne
of Swarthmore, Pennsylvania,
and Deidra Maleno of Manhasset;
brothers Bill of East Setauket
and John of Bohemia; sisters Ann
Marie of East Islip and Bernadette
of North Bellmore; and 20
grandchildren.
A Mass was celebrated Monday
at St. Mary’s Roman Catholic
Church in Manhasset, followed
by burial at Sacred
Hearts of Jesus and Mary Cemetery
in Southampton.
Posted by Kathleen at 10:24 AM No comments:

I am sorry to inform you of the passing of our neighbor, Dr. Pierce.  Our sympathy to his loved ones.  May he rest in peace.

Spring is Just Around the Corner…

But I don’t know which corner!  These were taken an hour ago, and it is still snowing! 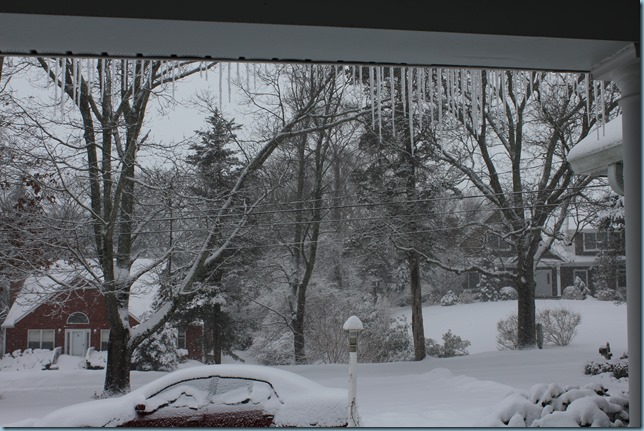 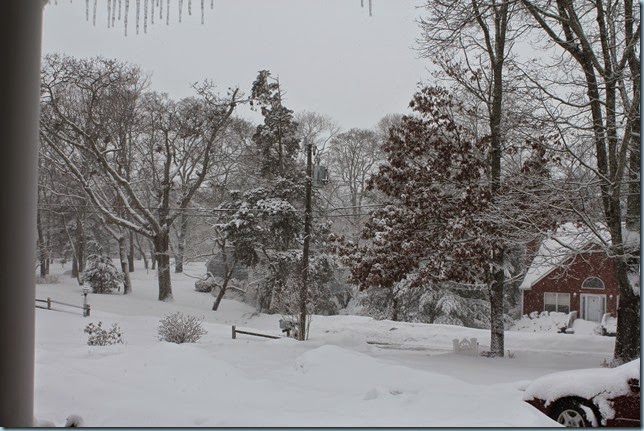 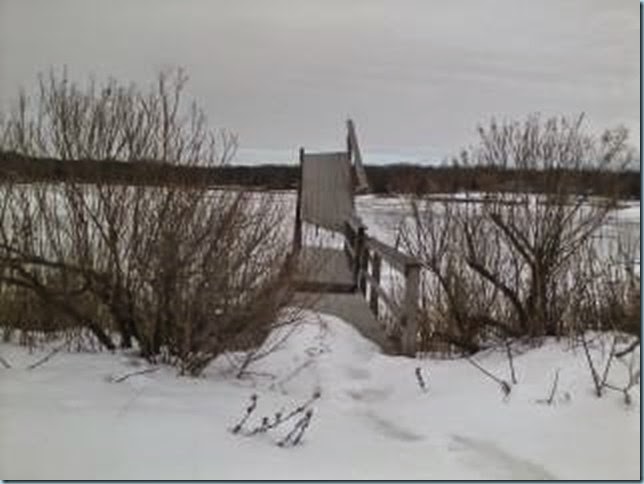 Above photo submitted by Pam Spellman. 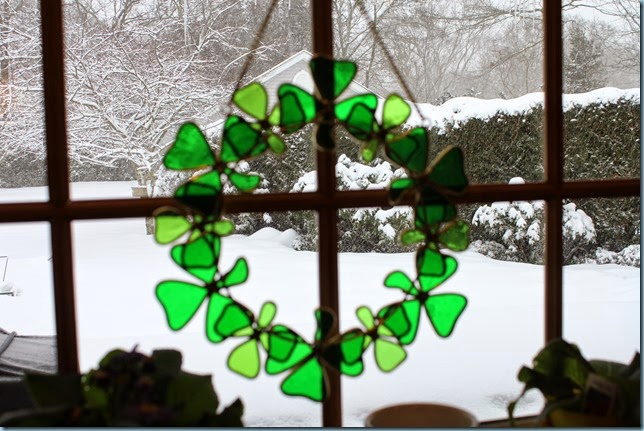 Looking forward to seeing some green! 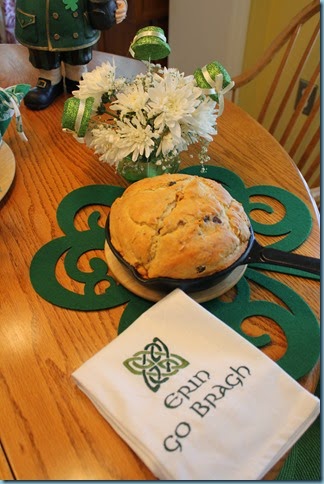 A message from the Seaman Taranto Family

The Colony Club of Southampton Shores
President, John Mc Donough
All members of the “Shores”

This letter is to let you know that our Seaman/Taranto family house of 65 + years has been sold.   As of February 10, 2015 new owners purchased our property at 116 Turtle Cove Drive.

Southampton Shores was a very important part of my “growing up”.  We spent our summers at our cottage on Turtle Cove.  We had a row boat first, then a run-about on which we put a 6.5 horse Evinrude to take us out to the Bay for fishing.  Mom caught most of the fish.  She was the best.  We kids and Daddy enjoyed the fishing and eating sandwiches.  It seemed that whenever Daddy took a bite of his sandwich a fish would take the hook.  I think Daddy lost a few sandwiches that way.   Blow fish were fun to catch, but Daddy liked to catch the Weakfish.  Of course we caught Porgies.  They were the fish with lots of bones!

We have many memories of Southampton Shores.  Mr. Emerson was president when we first arrived.  Mr. Glacel used to tell stories at the bonfire in the back lot of Emerson’s property.  I think that is now where George and Anne have their house.

I could continue with a variety of memories, and perhaps someday I will write a book, but for now I must say Goodbye from the Seaman and Taranto families.

May you have a good summer and happy future.
Best Wishes to you all,
Barbara (Seaman) Taranto,
our children Kathleen, Arnold, Diane and their families.
Posted by Kathleen at 10:30 AM No comments: