Dredging was discussed at the June meeting.

The dredging was done and sand deposited on the Bay side of East  Beach Dr.
Guy sent pictures, but I was unable to download them.

Leaf update:
Only leaves in brown paper leaf bags will be picked up.

Residents may self haul to the dump, no charge.
Residents may obtain a voucher from Hway Dept., pay a contractor to haul the leaves to the dump.  The voucher would cover the dump fee only..

Residents who are 73 or over, or are disabled can call the town for arrangements for leaf pick up.

No brush will be picked up, and leaves should not be placed in the street, keep them on your property.

Call the Highway Dept for further info.
A handicapped parking permit will not count as proof of disability, someone tried that. 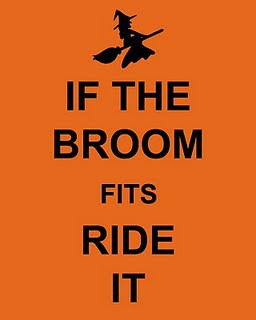 Sign up on the side to have new posts emailed to you.  It's free!
Posted by Kathleen at 10:41 AM No comments:

As you all know only leaves in paper bags will be picked up by the town.

NO BRUSH will be picked up, so please don't put it out.  It will cause problems for the snow plows.

http://www.27east.com/news/article.cfm/General-Interest/402279/Southampton-Town-Leaf-Pickup-Program-Changes-Once-Again
Disagreements over Southampton Town’s fall leaf pickup program have widened the rift between the Town Board and Highway Superintendent Alex Gregor, as both sides weighed in this week on another round of modifications to this year’s program.
Members of the Town Board this week charged that Mr. Gregor never formally presented the details of the new program to them, and one labeled the program “largely unworkable” as currently planned. Meanwhile, the highway superintendent harshly criticized board members for lacking the political will to help him reform the program, which he maintains is expensive, time-consuming and ridden with abeyances because of snowstorms.
The curbside leaf pickup program, which will kick off officially on Monday, November 14, includes several new facets—most notably the introduction of a voucher system, in which town residents will be asked to haul and dump their leaves for free at the town’s transfer stations in Westhampton, Hampton Bays, North Sea and Sag Harbor.
own Highway Department employees still will provide curbside pickup—but only to those residents who bag their leaves in biodegradable paper bags. The Highway Department will perform only one sweep down each road, and no loose leaves will be accepted.Residents under the age of 73 are being encouraged to self-haul loose leaves to the town’s transfer stations for free by utilizing the voucher system. To obtain a voucher, residents can call the Highway Department at 728-3600. Residents older than 73 or those who have special needs can also call the Highway Department to schedule a curbside pickup of loose leaves.
There will be no brush pickup, but town residents are going to be granted an amnesty period from November 15 to December 31 to drop off branches up to 3 inches in diameter at the town’s transfer stations for free.
Town Board members this week said Mr. Gregor had not formally communicated with them about the details of this year’s program, and that some of them learned of the changes through the media or through Town Highway Department flyers.
Town Councilwoman Bridget Fleming, at a debate last week, labeled the program “largely unworkable.” Town Supervisor Anna Throne-Holst likewise said this week that she was concern ed the program was too complex and unworkable. Town Board members Nancy Graboski, Jim Malone and Chris Nuzzi said they hadn’t gotten a formal briefing from Mr. Gregor on the changes.

“I think trying to sort out who has to bag and who doesn’t is fraught,” Ms. Throne-Holst said. “I would’ve really loved a joint discussion between the Highway Department and Town Board on this.”

Mr. Gregor reacted strongly to the criticism this week. He assailed Ms. Throne-Holst, claiming she and the rest of the Town Board never accepted his invitation to attend a leaf forum that was sparsely attended in June. An angry Mr. Gregor described Ms. Throne-Holst as a “narcissist” and—turning her phrasing back on her—claimed that her administration was “fraught with holes.”

“She’s full of sh--,” Mr. Gregor said. “She’s a charlatan. If she wants to use those pretty words, that it’s ‘fraught,’ why didn’t she come on board and help me with it?”
He added that this year’s program was the best he could do without the help of the Town Board. He blasted the Town Board for “sticking their heads in the sand” and refusing to deal with the issue.
“There’s a political price to pay for doing anything to the leaf program, because people don’t like change,” Mr. Gregor said.
Ms. Throne-Holst dismissed Mr. Gregor’s attacks, and criticized the highway superintendent for refusing to deal with the Town Board members directly. “I can say frankly that I’m frustrated with Alex not acting as though he’s part of a general administration here,” she said. “He acts as though he’s got his own little fiefdom going on over there. That just isn’t helpful to any of us, or the taxpayers, most certainly.”
She added that calling her names wasn’t going to help the situation.
“He can call me every name in the book, but unless he can come and have substantive and professional conversations with us, to the taxpayers, that’s just meaningless,” she said, “as well as to me. You can call me all kinds of things, but if you’re not going to come and talk to me as the supervisor of the Town Board, then calling us names is unprofessional, and it’s just not substantive.”

Mr. Malone said he didn’t find out about the new program until he was looking at a flyer on the kitchen counter of his Hampton Bays home, which was recently being renovated. “I’m saying, ‘What the hell is this?’” he recounted. “I mean, I’m a seated councilman. I walk into my kitchen, which is a construction site, and I pick up a flyer on the counter [saying] unless I’m 73 years old, the leaves are staying in my yard.”
Ms. Throne-Holst said she received the e-mail invitation to the leaf forum, but it wasn’t clear that Mr. Gregor wanted her or others there.
Asked why he set the cutoff age at 73 for loose leaf collection, Mr. Gregor replied, “It’s got to be some age.” He later explained that the age criteria, in part, was based on his 85-year-old father-in-law in Connecticut, who can still bag his leaves. Originally, he set the age limit at 77, but then after some community feedback, he lowered it to 73.
One of the biggest issues his crews face, he said, is that they are redirected to plowing roads once there is snowfall. It would be a great help, he said, if the Town Board was willing to add part-time seasonal staff to assist with the leaf program. It could cut cleanup time in half, he said, from three months to about a month and a half......................and more


There was also a full page announcement in  the last Southampton Press explaining the program.

If you are 73 or over, or have a disability letter, call the town Highway department. 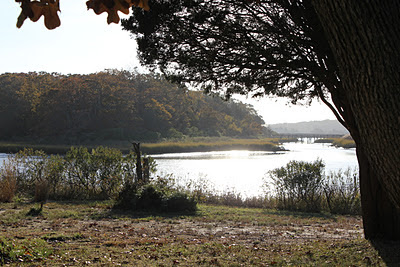 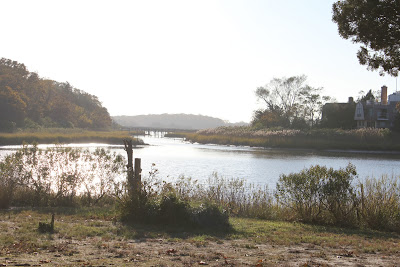 Posted by Kathleen at 2:53 PM No comments: